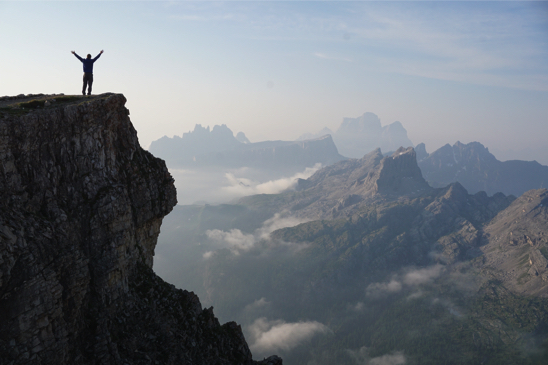 How Do Overachievers Do It and What Drives Them?

All of us want to be successful in life. There are some people who are extremely proficient in their craft and accomplish great things despite seemingly insurmountable odds. They astound us with their tenacity and ability to master their chosen vocation. Yet, there are many others who never seem to fulfill their true potential. They throw in the towel and always seem to fall short of what they are capable of. What is the difference between these two sets of people?

All of us have heard of people who have accomplished extraordinary feats and become experts at what they do. They captivate and inspire us because of the skills they possess and the work they produce. Michael Jordan, Beethoven, Will Smith, Nelson Mandela, Mother Theresa, Jeff Bezos, and Warren Buffet are just a few such people. What do these overachievers know and do that most people do not? Were they just born with innate skills that the rest of us were not blessed with?

It is easy to assume that people who accomplish great things were born with a certain DNA that affords them special skills and abilities. But that would be a false assumption on our part. While it is true that tall people were born with DNA that blessed them with their height, there are a lot of tall people who cannot play basketball like Michael Jordan. There also are short people who have excelled in the NBA (think Muggsy Bogues who stands 5’3” and played fourteen seasons in the NBA). Clearly, our DNA only takes us so far.

In his groundbreaking book, The Outliers, Malcolm Gladwell reports that people who excel at what they do have spent an average of ten thousand hours honing their skills. While they may have been born with certain attributes, it is the hours of practice, sacrifice, and dedication that honed their ability and developed their skill. Without the countless hours of practice, they would simply be one of millions of people who fail to fulfill their true potential.

How do these overachievers find the energy and commitment to fuel their practice while so many others settle for less and fall short? What differentiates the overachievers from the rest?

1. Overachievers Have a Passion and Interest in What They Do

One of the keys to high achievement is really loving what you do. People who accomplish great things are passionate about what they pursue. Their interest in their work is almost obsessive and they are captivated by it. While there may be some aspects of their work which they do not enjoy and have to tolerate, they are willing to do this because they truly love honing their skills in their chosen vocation.

When we are really passionate about our work, we accept the less appealing parts of the job because we know that they afford us the ability to do what we love as a whole. In other words, we understand that the unpleasant tasks we sometimes have to endure are worth doing because it means that we can spend the rest of our time doing what we truly love. Overachievers understand this and are willing to make the necessary sacrifices.

For example, Michael Jordan was extremely passionate about basketball and becoming the best player in the world, but he may not have been crazy about waking up at 5am each morning to practice. Yet he made this sacrifice because he knew that this allowed him to pursue his passion and become the best basketball player he could be. His passion saw him through the unpleasant aspects of his chosen craft.

2. Overachievers Find Meaning in Their Work

One of the characteristics of overachievers is that they find meaning and purpose in their work. They are fueled by their conviction that their work matters to them and to others. They are motivated by their contribution to the world and their ability to make a difference. Because they know that what they are doing creates value for themselves and for other people, they are convicted and determined to excel.

Overachievers often are compensated extremely well for their work, but this is not what drives them. The meaning derived from their work transcends monetary compensation and propels them to keep honing their skills. They know that they are affecting the world in a positive way by being highly proficient at what they do.

3. Overachievers Are Dedicated and Determined to Improve

Another trait of overachievers is their determination to hone their skills and become better every day. They are never satisfied with their abilities and strive constantly to get better at their craft. They acknowledge their weaknesses and work on them relentlessly. They have an iron-willed determination to become highly skilled and are willing to put in the effort necessary to get there. They rehearse, they practice, they put in the work daily because they know it will pay off eventually. They are willing to pay the price.

All too often, we only become aware of overachievers after they have paid their dues in the form of hard work and dedication. We watch Michael Jordan score 63 points in a game, but are oblivious to the thousands of hours he spent practicing to get to that point. We forget about all the sacrifices he made earlier on in order to become a great basketball player. Overachievers are devoted to their craft and become prolific because of this effort and devotion.

4. Overachievers Have Belief and Optimism

The last characteristic of overachievers is their belief and optimism. It is not all smooth sailing for these people, as much as we would like to believe so. Overachievers experience setbacks and face obstacles like everyone else. What differentiates them from most is their ability to stay steadfast and believe that things will get better if they keep going. They know that the difficulties and challenges they face can be overcome with persistence and this drives them. They do not quit when circumstances get tough.

Coming back to our Michael Jordan analogy, it is important to note that he tried out for his high school basketball team as a sophomore and failed despite the fact that another sophomore made the team. He was told that he was too short. This fueled his fire and he did not allow the temporary setback to prevent him from achieving his lofty goals. All of us will experience obstacles and challenges in our lives. How we react to them is what makes the difference. Our beliefs and optimism keep us steadfast.

To conclude, if we want to be successful, accomplish more, and become masters of our craft, we need to embrace the four characteristics that overachievers exhibit: passion, meaning, dedication, and belief. These traits will excite us, give us a sense of of purpose, drive us to put in our utmost effort every day, and persevere when the going gets tough.

Previous articleWhy I Celebrate My Mother on My Birthday