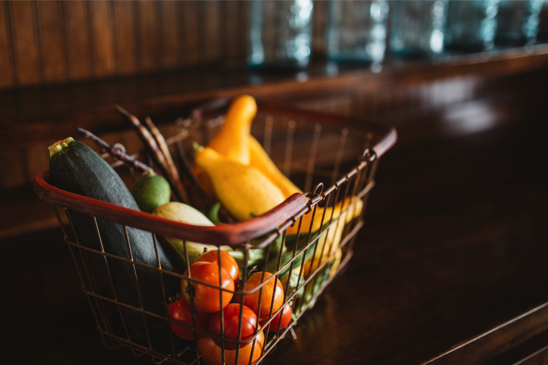 12 Food Documentaries You Should Watch That Could Change Your Life

Making the right choices about what we eat is crucial for our health and longevity. We all know that what we eat affects not only how much we weigh, but also how we look and how we feel. And we know as well that it can be a factor in both the cause and prevention of some chronic conditions like high blood pressure, high cholesterol, and obesity. But depending on whom you ask, the food that we decide to put, or not put, in our bodies can actually do much more than that.

There is a multitude of health related information out there on food and nutrition. Lack of information is no longer an excuse for anyone who says they don’t know what they should or should not be eating. The problem is now too much information, and often contradicting information. How do we determine what we should believe, follow and make part of our daily lives, and what we should ignore? How do we decide who and what is credible, and who is instead offering biased, self-interested information?

I believe that for such an important, life-changing decision, the best course of action is to gather as much information as possible and then to evaluate it critically. We should not accept anything at face value, and we should instead evaluate the information we are given logically and unemotionally. We should not be swayed by what we have always done, by what our parents have told us, or by what our coworkers or neighbors are doing. We also shouldn’t give undue credit to the authority of government bodies or other people who “know more than we do.” We have the responsibility to do what is best for our own health, and we have the ability to make the best decisions for our own lives, so long as we have the right information to do so.

I have found twelve food and nutrition documentaries that have been extremely valuable in helping me to make informed decisions regarding my health. The decisions that I have made for myself may not be the best decisions for someone else, which is why it is so important that we each take the time to do the research, evaluate the data and findings, and choose the right course of action based on our own needs and goals. I strongly encourage you to do the same. These twelve documentaries are a great starting point in your research and have the potential to help you change your life.

This film explores the effects of following a diet that is based on eating whole foods, mainly plants. It encourages the avoidance of processed food and oils. It makes the claim that many diseases, such as obesity, cardiovascular disease, and cancer, can be treated (and even prevented) by eating a whole food, plant-based diet, and avoiding processed food as well as food from animal sources.

This film follows a 60-day personal journey taken by an Australian who was sick and overweight. In the film, he consumes a 100% juice diet to lose a substantial amount of weight and to rid himself of several conditions and medications during that time frame.

This film explores the process and challenges of converting from a conventional to a vegan diet. It follows the lives of three individuals who decide to make the switch for a total of six weeks. In addition to the health benefits, the film also discusses the ethical, environmental and social benefits associated with a vegan diet.

This film features interviews with authors, physicians and scientists, as well as stories about people who have transformed their health and their lives by making changes to their diet. The film aims to expose deceptive strategies used by the food and diet industries.

This film focuses on the causes of obesity in America. It presents evidence to show that the high amount of sugar found in many processed foods is a big culprit, and also places blame on dietary guidelines established by the American government that have been influenced by sugar industry lobbying.

This Academy Award-nominated film investigates corporate farming in America and attempts to show that its practices not only produce food that is detrimental to human health, but also cause damage to the environment, abuse animals, and exploit farm workers.

This film explores the role of genetically modified organisms in food production in the United States. The film focuses primarily on the corporate giant Monsanto, examining its role in the prevalence of GMOs in crop production in the US.

This film follows the lives of four American children as they go on a journey to lose weight. It illustrates that there is more than physical health involved in the process, and also explores the social aspects involved with weight and weight loss.

This film explores how the sugar industry influenced our thinking and got us to stop thinking about the detrimental effects of sugar in our diet. It points to the added sugar in our diet as a major contributor to health problems such as obesity and diabetes.

This film tells the story of three individuals who are on a quest to spread the news about the health benefits of a plant-based diet. As part of this effort, one of the individuals launches a pilot study in a small town in North Carolina, as the first step in an attempt to educate as many people as possible.

This film investigates how the exploding worldwide popularity of sushi is contributing to the depletion of wild fish. It asks whether options such as aquaculture and sustainable sushi restaurants can help to satisfy consumers while protecting ocean life.

This film tells the story of small family farmers who were attempting to provide what they believed to be safe and healthy food to their customers, but were shut down by government regulators. The film attempts to ask the question of whether or not individuals should have the freedom to choose what they believe to be healthy for themselves, or whether that choice should be limited by government agencies.

(*Just added to the list) This newly released documentary looks at how chronic diseases can be reversed and prevented through methods that the US health industry wants to keep secret from consumers and patients. It seeks to expose how big business is trying to keep Americans sick in order to protect its own profits.

Previous articleThe Implications of Focusing on What Should Be