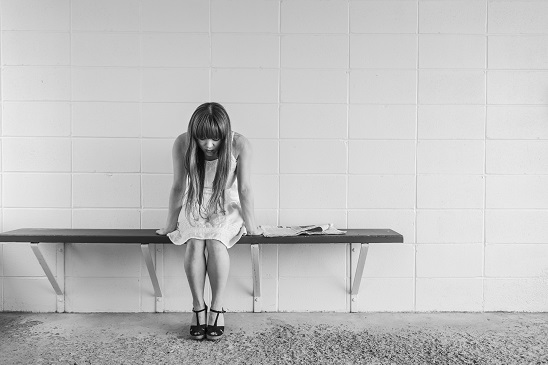 Is there something about human nature that naturally attracts us to negative news? Or are we simply exhibiting a conditioned response to the constant stimulation provided by the media?

Recently we received shocking news about Robin Williams’ untimely, unexpected and tragic death. When I first heard the announcement, little was known beyond the time and cause of death, so the broadcasts focused on the gift that was Williams’ life, rather than the details or aftermath of his death. They focused on that because it was all that was available. There were no police reports, no autopsy results, no pictures of distraught and grieving family members; at least not yet. But I knew that as those became available, they would be broadcast, written about, discussed, displayed, and repeated over and over again.

I knew this because within the last several months, at least two other celebrities had died untimely deaths and that was exactly what happened. Before L’Wren Scott passed away in February, all I knew about her was that she was a fashion designer and Mick Jagger’s longtime girlfriend. And before Philip Seymour Hoffman passed away in March, I knew absolutely nothing about his personal life. But within days of each of their passings, I was learning every detail surrounding how they died and hearing countless speculations about what had led to their deaths. Why? Why was I consuming all this negative news that was being put out by the media when I had never previously sought any information about them while they were alive? The answer was simple: because the media had made the negativity readily accessible and difficult to avoid. I didn’t have to seek this information; it was front and center, beckoning all of us with its siren call.

Shawn Achor, author and researcher on the science of happiness, recommends “noise cancelling” or actively reducing the amount of negative news that we consume. The reason is unless we can act on that negative news in a way that will produce a positive outcome, then all that will result from continued and repetitive exposure to it is unhappiness and a feeling of helplessness. Think about the recent reports and images about the bombings in Gaza, the persecution of Yazidi refugees in Iraq, the downing of flight MH17 over Ukraine. How did they make you feel? What responses did they evoke from you? Do your answers include sorrow, fear, anger, hopelessness, or despair? If so then you were likely overexposed to the negativity.

So I decided to only read or listen to news stories that celebrated Robin Williams’ life, and to avoid as much as possible any negative news involving the personal details of his death. The next morning as I drove to work, I heard callers to a radio show talking about their favorite Robin Williams movies and performances. I found myself feeling grateful for all the movies they mentioned which I had also loved. I was even more grateful for having had the opportunity to watch him perform his one-man show live in 2009. And most importantly I was grateful for the decades that he chose to share with us, gifting all of us with his talent and brilliance. That is how I choose to remember Robin Williams and that is how I will honor his memory, with my lasting gratitude.

By no means am I advocating blissful ignorance. Depression and/or addiction played a role in each of these three lives that were lost too soon. They are extremely serious and dangerous, and we should all become more educated about them so that we can help those who are suffering (including ourselves). Those are the news stories that we should be consuming: the ones that offer hope, assistance and the opportunity to become a positive force in our own lives and in the lives of others. The number of bags of heroin found in Philip Seymour Hoffman’s apartment or the type of scarf used by L’Wren Scott offer none of that. They offer absolutely nothing redeeming to them, to their loved ones, or to us.

So the next time you read or hear news about a tragic event, seek the opportunity to cause a positive outcome. Educate yourself as much as possible up to the point that you can use what you have learned to positively affect others and yourself. Beyond that point, avoid the sensationalized negativity. Avoid repetition of overtly graphic images, unnecessarily personal details, and tragic accounts that do not bring about a positive change and instead only weigh you down. Unlearn the conditioned response taught by the news media and cancel the noise. Practice gratitude and loving kindness, and help those around you to do the same.

Next article Learning to Accept What You Cannot Control