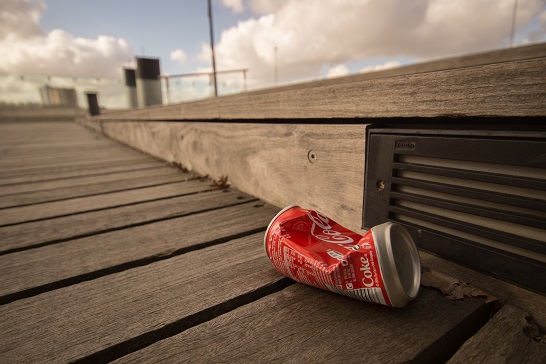 How to Eliminate a Bad Habit

“A nail is driven out by another nail, a habit is overcome by habit.”

The easiest way to eliminate a bad habit is to replace it with a good one. By finding a replacement that fulfills whatever needs were fulfilled by the bad habit, that replacement can quickly become a good, healthy habit and the bad habit will soon be forgotten.

A bad habit that I recently replaced was drinking diet soda to provide me with an afternoon pick-me-up. It wasn’t a terrible habit; I was drinking two, maybe three sodas a week, and only when I needed the caffeine energy boost. And I believed it was a harmless habit, until the reports came out about artificial sweeteners contributing to weight gain, and carbonated drinks leaching calcium from bones. So I decided to stop.

I knew that just completely eliminating the soda wasn’t going to get rid of what made me turn to it in the first place: I was still going to have afternoons where I craved an energy boost. So I looked for the healthiest replacement that would give me the same results. I decided to drink green tea. There was only one problem: I am not a fan of green tea. So how was I going to make this work?

At first I tried to just drink the green tea anyway. I got the caffeine kick, but I didn’t enjoy drinking it at all so I knew it wouldn’t last. Then I thought, “Green tea might be the HEALTHIEST option available, but any other type of tea would still be healthier than soda. And I do like white tea and black tea.” The goal was to eliminate a bad habit by replacing it with a good one. Even if that new habit was only second or third best, it was still getting the job done. So I came up with a system that worked for me.

I now keep a box with a variety of tea bags in my desk at work. I keep a mixture of white, black and, yes, even green tea. If I know that I have the option of choosing a different tea whenever I feel like it, the occasional green tea is not a problem at all.

I also know that keeping the tea right at my fingertips and making it more convenient than a soda from the vending machine makes it that much easier to skip the soda. So I make sure I always refill that box whenever it starts to get low.

Then I learned something really great about tea that makes it an even MORE ENJOYABLE option than diet soda. I can get a lot more variety with tea, and I can choose the best tea for my situation and mood.

On cold days, a hot cup of tea is warming and stimulates me in a way that a soda just can’t. And on hot days, a tall glass of iced tea cools me down without the bloated feeling that I would get from a can of soda.

And in addition to having a choice of green, white and black, there are also a myriad variety of flavored teas with citrus, peach, berries, mint, and even chocolate. And I can make my own flavors; I have kept cloves and cardamon pods at my desk to add to my steeping cup of tea so I can create my own personal brew.

I can’t remember the last time I had a diet soda, and I never crave them anymore. I would say that I have definitely replaced that habit with a much healthier one. It took some planning and a little trial and error, but I am now much better off for it.

How about you? What bad habit can you drive out by developing a new one? Start with something small; that first success will help give you the confidence to go after a bigger one later.