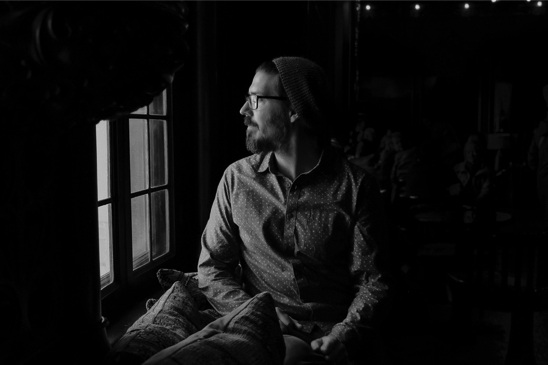 6 Things I Would Advise My Younger Self to Do

I have a lot of pleasant memories from my childhood and teenage years. However, I realize now that there were many valuable life lessons that I had yet to learn and wish I had grasped sooner. If I could turn back the hands of time and give my younger, more naive and inexperienced self some life advice, here are the things I would address:

1. Pay More Attention to Your Health

Like many young people, I did not value good health as much as I should have when I was younger. I took good health for granted and paid little attention to proper nutrition and regular exercise. Fortunately, I was very active in sports, even though I did it for fun rather than for health reasons. I never went to the gym or did much strength training. My diet was far from stellar and I would eat copious amounts of bacon, butter, lard, meat, cheese, oil, and even some processed foods. I did eat vegetables and fruit, but not as much as I should have. I ate whatever I wanted with little regard for my health. As a result of my choices when younger, I now realize that I was not doing my body (and health) any favors by eating food that was not only unhealthy, but also severely lacking in nutritional value. I only went to the doctor when I was really sick and never paid attention to my blood pressure, cholesterol and blood tests.

Advice: I would tell my younger self to eat whole foods, with as much of my nutrition derived from whole grains, vegetables, legumes, beans, and fruit as possible. I would recommend eating foods that are close to their natural state as possible, while eradicating meat, dairy, eggs, and highly processed foods that are devoid of much nutritional value. I would also recommend regular strength training and cardiovascular exercise. Lastly, I would suggest regular blood tests and visits to the doctor for checkups every six months.

One of the things I took for granted when younger was time. Because I was young, I assumed that I had a lot of time at my disposal and, therefore, could afford to waste some of it on frivolous things such as watching junk on TV, daydreaming, and sleeping. I did not realize how precious time is and never budgeted it wisely. One of the biggest regrets that people who are dying express is that they did not value their time and, instead, took it for granted.

Advice: I would tell my younger self that time is fleeting and the most precious commodity that one has. I would point out that time is one of the few things that, once spent, cannot be regained. All of us have a fixed amount of time on this earth and it is important to use that gift prudently. In fact, one of the biggest regrets that many adults admit to is not using their time wisely when younger.

3. Do Not Try to Change People Since It Rarely Works

An indelible lesson I learned in my adult years is that it is very difficult, if at all possible, to change the way other people think and act. Not knowing this when I was younger, I often attempted to change the behavior and outlook of others in order to please or pacify myself. Whether it was a girlfriend, a friend, an acquaintance, or a family member, I spent many frustrating hours trying to get them to alter their actions and philosophy in order to be more congruent with my own. This almost never succeeded and only caused conflict and resentment between us.

Advice: I would tell my younger self to refrain from trying to change others. Instead, I would recommend accepting the other person for who they are or, if necessary, distancing myself from them altogether. Respecting others and their right to act and think are keys to developing good relationships. If their actions are deemed harmful, I have the choice to disagree and move on without trying to change them.

4. Forget What Others Think of You

Most of us remember trying hard to fit in as a teengaer and seeking the approval of others. Now that I am older and wiser, I realize how time-consuming and frustrating this can be. Peer-pressure and trying to be popular can lead to all sorts of problems and heartache. Many of us tried hard to fit in with the ‘cool’ crowd when we were teenagers, often with disastrous results. We dressed a certain way, acted a certain way, even listened to music that others deemed ‘cool’. It is a never-ending vicious cycle that prevents us from living the life we want. I certainly was guilty of caring too much what others thought of me. That is, until I learned later on in life that what others think of me really does not matter in the grand scheme of things.

Advice: I would tell my younger self that what others think of me is none of my business. I would suggest only paying attention to my conscience and acting in a way that was congruent with my morals and principles. People will always have opinions and there is little we can do about it. It is much better to be authentic and live a life free from peer-pressure.

5. Talent Is Important. But Persistence and Hard Work Will Always Trump Talent.

Like many kids and teenagers, I used to believe that I was born with certain talents and those talents ultimately defined what I would be good at, especially later on in life. As a result, I often focused on what I believed I was good at and spent less time on skills that I felt I did not possess. I now realize how wrong I was. While we all do have certain skills that come easier to us than others, the ultimate determinant of success is persistence and hard work. Expressed another way, we either have a fixed mindset or a growth mindset. A fixed mindset encourages us to focus on what we are good at while a growth mindset leads us to work harder at things that we do not excel at, at least initially. People with a growth mindset look at failure as feedback and work hard to turn that failure around. Instead of believing that you are bad at math because you failed a test, you can look carefully where you went wrong, gather feedback, and then work harder to improve. Unfortunately, too many of us give up on something when we do not excel at it and we believe (mistakenly) that we are simply not cut out for that. We are not limited to excelling only in what we believe are our talents if we are willing to view a sub-par performance as a learning experience. Every successful person has experienced setbacks and, rather than believe that they simply possessed no talent in that arena, worked hard to improve and, eventually excel.

Advice: I would tell my younger self to adopt a growth mindset and ditch the fixed mindset. I would suggest viewing results as feedback rather than a measure of talent. Persistence and hard work can overcome almost any setback and are much more important than ‘talent’.

6. Be a Better Listener

Most people enjoy the sound of their own voice and love talking about themselves and their experiences. One of the most common side-effects of today’s trend towards self-importance and egotism is the reluctance to listen to others. Instead of paying attention to what others are saying, many people today prefer to monopolize conversations and talk about themselves. There seems to be this need to tell others all the things we have accomplished and tout how great we are. What I have learned, however, is that strong and intelligent people choose to listen more than speak. They recognize that listening affords them the opportunity to learn from and understand others. Sure, they do speak about themselves, but they know that listening is a valuable skill. They hone their listening skills and ask questions. They do not feel the need to proclaim their achievements to everyone they meet. In my opinion, that is one of the hallmarks of a wise person.

Advice: I would tell my younger self that there is no need to monopolize a conversation and talk about yourself in order to impress others. Instead, I would recommend practicing the art of listening, asking questions, and being genuinely interested in what other people have to say. 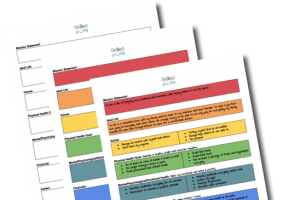